On January 23rd, 2016, Vision Center for Political Development inaugurated a seminar entitled “The Palestinian National Project – Visions and Prospects” in Istanbul in which a group of Palestinian political, national and academic figures participated.

It is worth mentioning that the first day included three sessions that tackled the topic of the resistance program – reality and prospects, the path for political settlement, chances of success, challenges, alternatives, the Palestinian Authority and the national liberation project.

Dr. Ahmed Al-Atawna, Director of Vision Center, gave his welcoming speech in which he laid out the most prominent details of the current Palestinian situation and the surrounding regional developments and events that caused the current predicament suffered by the cause.

For his part, the Palestinian ambassador in Ankara gave a welcoming speech to the symposium guests and praised the attendees for being from different spectrums of the Palestinian reality. He stressed in his speech that the Palestinian division differs from the rest of the divisions in the region as it is based on a purely political difference and is not subject to sectarian calculations.

During the first session of the symposium, Osama Hamdan, the official in charge of Arab relations in Hamas, stressed that the Palestinian people are not new to resistance, but have known it since the beginning of the British occupation of Palestine. And that the political and geographical division had a negative impact on the resistance in addition to the impact of the decline in the role of the “Palestine Liberation Organization” on the resistance, especially after the Oslo Accords.

At the beginning of the second session of the symposium, Mr. Nabil Amr delivered a recorded speech, in which he explained the reasons for the failure of the peaceful project with the occupation and summarized these reasons in the “formula” and “mutual recognition” between Israel and Palestine, stressing that Palestinian recognition is very precious and should have been matched by similar recognition from the occupation of all Palestinian rights.

On his part, Mr. Muhammad al-Hourani, Vice-Chairman of the Advisory Council of Fatah, pointed out that the fragile ground on which the Oslo agreement was based included far-reaching papers and oral commitments, but without anything real written, as Israel wanted to offer something to the Palestinians that would meet their needs and security and economic considerations only, stressing that the Palestinian dispute at the time helped thwart the peace settlement process.

The symposium was concluded with its third session, which was moderated by Dr. Saeed Al-Hajj, and in which Dr. Ali Al-Jarbawi, Professor of Political Science at Birzeit, presented his paper and Mr. Jawad Hamad, Director of the Center for Middle Eastern Studies, commented on it. 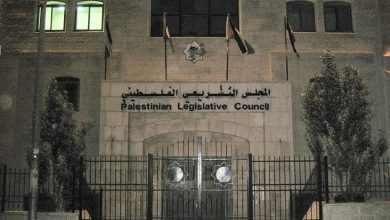 Media and the Palestinian Cause: Training program launch 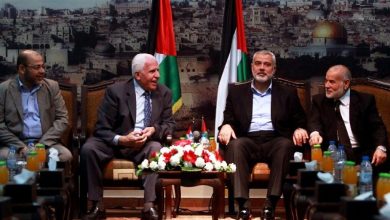 Vision Center Holds a Dialogue-Based Workshop on the Development of the Relationship Between Fatah and Hamas.