A popular Israeli song from the 1970s, Machar or “Tomorrow,” envisioned a future in which wars will cease and Israelis can sail from “the Eilat shore to the Ivory Coast.” While the song’s premise that wars will end has not exactly been fulfilled, many Israelis felt (albeit briefly, before the current, second lockdown commenced) that they were almost there with the announcement that “normalization” with the United Arab Emirates (UAE) and Bahrain had been concluded in a ceremony in Washington, D.C. President Donald Trump and Prime Minister Benjamin Netanyahu hinted that more such announcements were in the works, with Sudan perhaps the next Arab country to recognize Israel, as soon as the terms (i.e. financial arrangements) could be worked out. However, while President Trump was still in Walter Reed hospital, it was reported that Sudan, and Oman as well, have put off normalizing ties with Israel until after the American elections.

I was in Israel in March 1979 when the treaty with Egypt was signed, and saw first-hand Israelis’ joy and their expectations that the wall of hostility around them was crumbling, before the First Lebanese War inaugurated the “cold peace” that largely still prevails today. Fifteen years later, my wife and I visited Jordan a few months before the peace treaty with Israel was signed, and saw a Jordanian passport clerk literally jump in the air when he saw the Israeli stamps in our passport — before his boss told him to ignore them and let us in. I spent a lot of time in Jordan in the years after the peace treaty was signed in October 1994, and wrote a long article in 2000 warning that the process of “normalization” had already largely failed, published just before the Second Intifada made normalization the term of opprobrium in the Arab world that it still is today. Nevertheless, both treaties remain major achievements in the history of the Israeli-Arab conflict, despite the failure of so many of the hopes that accompanied them.

The UAE and Bahrain agreements

Are the treaties with the UAE and Bahrain in any way comparable to these genuine milestones? Can we realistically see them as helping to lead the way to a brighter future, at least as far as Israel’s conflicts with its neighbors are concerned?

The answer is almost certainly “not really.” Both of the previous treaties represented culminations of genuine peace processes, involved painful compromises, brought about solid geopolitical changes in their own right, and seemed likely to herald paths toward wider peace in the future. That there has not been a full-scale war between Israel and an Arab state since 1973 was a direct result of the treaty with Egypt. The pact with Jordan was made possible by the Declaration of Principles signed between Israel and the Palestine Liberation Organization the year before and was part of a serious effort toward a comprehensive peace that, tragically, failed, despite the best efforts of numerous Israelis and Arabs.

The new treaties, by contrast, simply made official what everyone who cares about these matters knew had been going on for years, namely, extensive intelligence and military cooperation directed at the common enemy, Iran. Most important, Jordan and Egypt had both been at war, several times, with Israel — bloody wars, in which thousands had been killed. This is a major contrast with the UAE and Bahrain, which had never fought Israel and had no bilateral issues with it at all.

Most important, of course, the recent treaties and their attendant festivities completely ignored the main adversary Israel still faces, whose issues with it were in no way addressed, namely, the Palestinians. While Israel has other enemies in the region — Iran, Hezbollah, and Syria are the most obvious — it is now clearly recognized by virtually the entire world that it is an Israeli-Palestinian conflict, and without full Palestinian participation, the international hostility to Israel — most obviously expressed by the widespread, though largely ineffectual, Boycott, Divestment, and Sanctions campaign — will not diminish. While Israel’s technological achievements, combined with strong American support and its status as a democracy, mean it is a full participant in the international system (unlike South Africa in the 1980s, or pariah states like North Korea today), Israelis still feel themselves in a precarious position, based both on Jewish history and the fact that the conflict with the Palestinians colors so many aspects of their national life. The new treaties, with their complete and conspicuous omission of the Palestinian issue, plus the resounding irrelevance of Trump’s “Deal of the Century,” simply highlight the current stalemate and the lack of any expectation of progress.

As quickly became apparent, these were almost completely economic deals (plus permission for the UAE to buy advanced U.S. F-35 fighter-bombers), greased by the desire to provide President Trump a foreign policy “success” in his reelection campaign. For those who recognize that without Palestinian buy-in no peace can be meaningful, the treaties simply highlighted the bleak environment. For most Israelis, between the new pandemic lockdown, a prime minister on trial for corruption, and ongoing massive, unprecedented demonstrations against him all over the country, it is simply a distraction — a welcome one, but with little meaning. It will make little difference in their lives apart, perhaps, from eventual vacation possibilities and travel options.

What does this mean for the Palestinians?

For Palestinians, however, whose bitter outcry was little heard or regarded, it should serve as a signal that history is passing them by. Their leadership is superannuated and ineffective and their ability to harm Israel has attenuated. They can prevent Israel from feeling at peace, but they have little power to change their bleak circumstances.

Perhaps their one remaining card is to serve as a spoiler, often in unexpected ways. Recently, Americans for Peace Now, affiliated with the Israeli peace movement, had succeeded in getting Representative Alexandria Ocasio-Cortez (D-NY) to agree to speak at their commemoration of the 25th anniversary of Yitzhak Rabin’s assassination. When this became public, tens of thousands of social media posts calling Rabin a murderer and war criminal persuaded her to withdraw. This accomplished nothing for Palestinian rights, but demonstrated that the Palestinians are still there, and that even peace-oriented American Jews cannot take them for granted. It also heralds a Democratic congressional delegation that will not be as uniformly pro-Israel as in the past. And that may be of more importance in a few years than Israeli treaties with the UAE and Bahrain.

Paul Scham is a scholar at MEI and the director of the Gildenhorn Institute for Israel Studies at the University of Maryland, where he teaches courses on the history of Israel and of the Israeli-Palestinian conflict. The opinions expressed in this piece are his own. 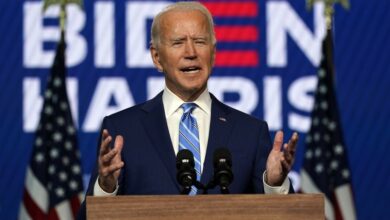 What Will Joe Biden’s Middle East Strategy Look Like? 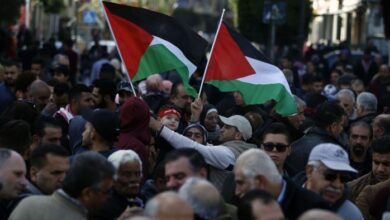 The Palestinian-Israeli conflict: Has the equation changed? 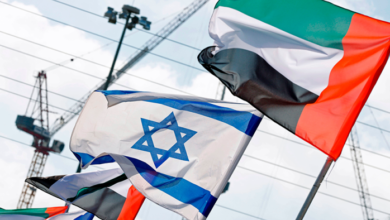 Russian and Chinese views on the Israel-UAE normalization deal